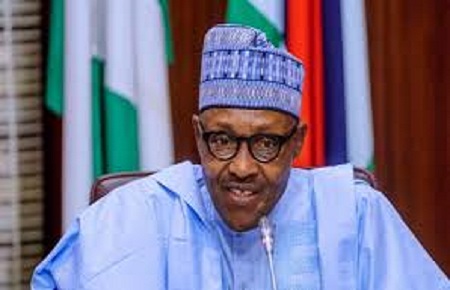 President Muhammadu Buhari on Friday assured Nigerians that the Boko Haram insurgency in the North-East would come to an end this year.

Buhari, who stated this during the Juma’at prayer held as part of activities marking 2021 Armed Forces Remembrance Day at the National Mosque, Abuja, however, urged the citizens to pray for the country’s armed forces.

In his speech, He said: “This is a year of action and we will finish what we are doing.”

The Boko Haram insurgency began in 2011 following the killing of its founder, Mohammed Yusuf, by police in Maiduguri, Borno State, in September 2009.

The group had killed tens of thousands and displaced more than two million since it began its guerilla war against the country.

The group also claimed responsibility for the kidnap of over 300 schoolboys at the Government Science School in Kankura, Katsina State late last year.

The students were rescued a few days later in Tsafe, Zamfara State.

Represented by the Minister of Defence, Maj. Gen. Magashi Salihi, (retd), the president vowed “that the Boko Haram insurgency would soon be over.”

“This year, we will finish what we are doing; pray for us that we succeed,” he added.

He said Nigerians would continue to remember the sacrifices made by members of the armed forces, and would not cease to pray for the repose of the souls of those that died while defending the nation’s territorial integrity.

In his sermon, the Chief Imam of the National Mosque, Dr. Mohammed Adams, prayed for the repose of the souls of the fallen heroes.

He also offered prayers for an end to Boko Haram insurgency, banditry, and other security challenges in the country.