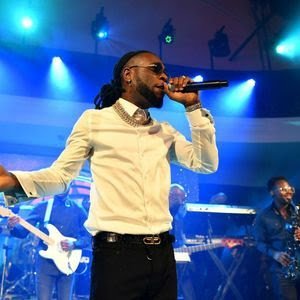 The African giant Burna Boy will be performing at the 2021 Grammy premiere ceremony which would be streamed live on GRAMMY.com at 3 pm EST on March 14.

The premiere ceremony will be hosted by 3 time nominee, Jhene Aiko.

It will take off with an ensemble of previous Grammy nominees including Gregory Porter, Afro-Peruvian Jazz Orchestra, Regina Carter, and Kamasi Washington performing “Mercy, Mercy Me (The Ecology)” in tribute to the late legend Marvin Gaye.

Burna Boy has been nominated at the 2021 Grammy Awards in the Best Global Music Category alongside Tuareg desert rock group Tinariwen, NYC afrobeat outfit Antibalas, Brazilian-American Bebel Gilberto, and British-Indian sitar player Anoushka Shankar. It was known as the international category of Best World Music Album, the category was renamed to “make it more modern and inclusive.”