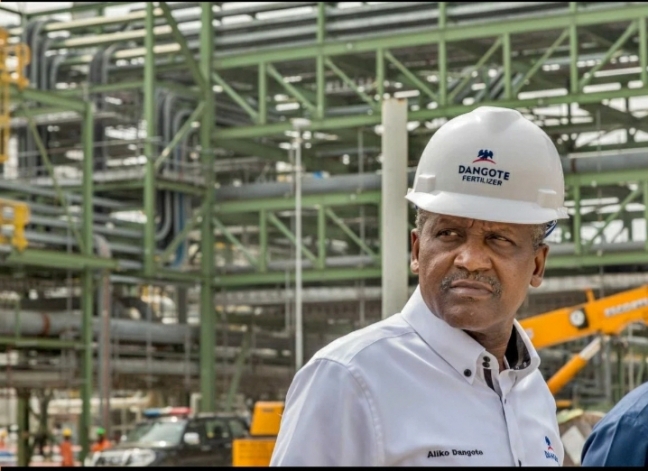 The United States of America has accused the Dangote Group of companies business structure to be detrimental to the Nigerian economy.

The business structure is highly monopolistic.

A report published in 2010 on Wikileak’s website said “many products on the country’s import ban list are items in which it (Dangote) has major interests.”

“Although an undiluted success in terms of wealth accumulation, Dangote personifies the duality in Nigeria’s economy,” the American government said while maintaining that the duality “presents a dilemma for country’s economic policy,” it added.

It then noted that: “weighing everything in the balance, we believe the Dangote model is harmful to Nigerian and American interests in the long run,” further warning that; “Unfortunately, the Dangote model will likely be the one most emulated until its beggar-thy-countrymen contradictions become more apparent.”

According to a report from Naija News, recent discoveries are beginning to prove the accusations by the United States to be true. The Dangote group recently requested that oil companies without a refining license be denied from importing oil.

The request comes at a time the conglomerate is nearing the completion of its refinery.

Also, at a time when the federal government closed its land borders, the Dangote group was granted a presidential exemption and allowed to transport its goods to neighbouring West African countries.

The Peoples Gazette contacted a spokesman from Dangote Group, Tony Chiejina, who declined

repeated requests for a reaction to the allegations, but rather insisted that the reporter should visit him at the company’s headquarters in Lagos before comments could be provided.

Meanwhile, the Independent Petroleum Marketers Association of Nigeria (IPMAN), has condemned in totality the establishing of petrol stations by some individuals without proper certifications.

Lamenting on the illegal operations, the chairman, Cross River State chapter of the association, Mr Robert Obi said though the process of becoming a petroleum product marketer and getting a DPR licence was difficult, it is most painful to get all certification only for an uncertified individual to put up a station beside theirs.