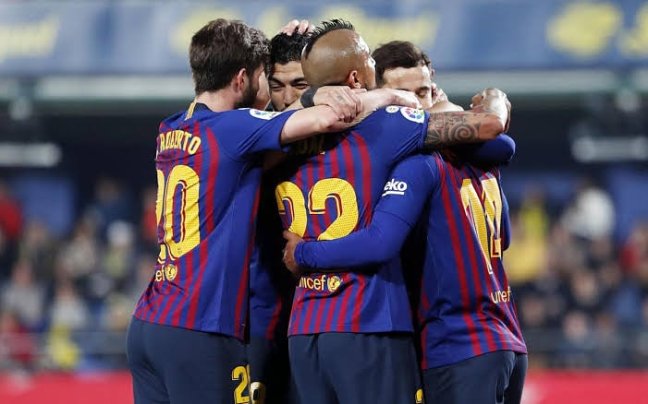 Barcelona, one of the Spanish football giants have released a response to the harsh criticism from the public, which directed at the breakaway European Super League, insisting they would have been making a “historic error” by not signing up to the Super League, and that an “in-depth analysis” is now required to reshape the project.

The club was one of the founding 12 to initially sign up to the European Super League, which has fallen apart over the last few days due to the fierce protests from fans and high profile figures in the sports world.

The premier league’s top six along with two others have already officially withdrawn from the super league. However, Barca has not wavered and they’re committed to the project, but admitted that the reaction of the public must be taken into account with regards to how the initiative now moves forward.

Barcelona released an official statement on their website, which reads: “FC Barcelona shares the view of most major European football clubs, and even more so given the current socio-economic climate, that there is a need for structural reforms to guarantee the financial sustainability and feasibility of world football by improving the product that is offered to fans around the world and by consolidating and even increasing the fan base on which this sport is sustained, which is its mainstay and greatest strength.

“In this context, the FC Barcelona Board of Directors accepted, as a matter of immediate urgency, the offer to form part, as the founding member, of the Super League, a competition designed to improve the quality and attractiveness of the product offered to the football fans and, at the same time, and as one of FC Barcelona’s most inalienable principles, seek new formulas for solidarity with the football family as a whole.

“The decision was made in the conviction that it would have been a historical error to turn down the opportunity to be part of this project as one of its founding members. As one of the world’s top sports club, our intention shall always be to be at the forefront, this being an indispensable part of the club’s identity and its sporting, social and institutional spirit.

“In whatever case, FC Barcelona, as a club that always has been and always shall be owned by each and every one of its members, expressly reserved the right to submit such an important decision to the final approval of its competent social bodies following careful and very necessary study of the proposal.”

The statement continues: “Given the public reaction that the aforementioned project has generated in many and various spheres, there is no question that FC Barcelona appreciates that a much more in-depth analysis is required into the reasons that have caused this reaction in order to reconsider, if necessary, and to the required extent, the proposal as originally formulated and resolve all those issues, always for the good of the general interest of the football world. Such in-depth analysis needs time and the necessary composure to avoid taking any rash action.

“We feel it is equally important to highlight the objective fact that a Court of Justice has already granted urgent legal protection as requested, thus confirming right of the initiative on the part of the founding clubs of the Super League project. In this regard, FC Barcelona considers that it would be improper for the necessary process of reflection and debate to be established under criteria of unjustified pressure and intimidation.

“Despite being perfectly aware of the importance and interest raised by this matter, as well as the need to always act with the utmost transparency, FC Barcelona shall act at all times with due prudence and asks for the utmost understanding, respect and most of all patience among FC Barcelona supporters and public opinion in general.”